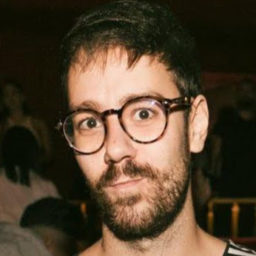 I will start with the good things about this place: The staff that works in Hub53 is wonderful, they are always trying to help. Thank you for everything Pai and Toni!!

Besides from that, there’s nothing good about neither the coliving nor the coworking:

COWORKING: The place looks dirty and old (the walls, the desks etc) and to be honest, for the price its not a very good place to work. But the biggest issue is the Internet Connection (in my opinion a key feature for a coworking). The WIFI is very slow and works horrible.
There are plenty of websites that you cannot access due to a problem, I assume, related to the IP address being blocked, but I had to turn on my VPN every day at least 5 or 6 times.
And finally, the connection is not stable. There were at least 2 days that the conection was very bad, and the wifi wasn’t working at all, so we had to use our personal hotspot (and nope, no one offered to reimburse the money for these two days). Also, if you have a meeting, you will have to go to the Skype booths, and… SURPRISE, you won’t be able to have a fluent meeting at all!

COLIVING: The place is awful, doesn’t look like the photos at all. Claustrophobic, old and noisy due to very bad wall isolation. The windows face straight to a wall, so it has almost no sun at all. There’s a closeby farm with chicken that will wake you up some nights. Also, there’s supposed to be drinking water in the coliving area. In the 2 weeks we spent there we could only use the fountain once, the rest of the times was empty and no one cared about changing it.

So, my recommendation for eveyrione is, think twice if you do a reservation in this ¨coliving¨, go there, test the internet, the rooms (some beds are as bad that we still have back pain) and in general, the place, so you won’t be extremelly dissapointed like we were.