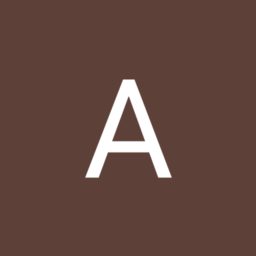 I attended the surf camp here from the 20th to the 26th July. In short, I was really disappointed with the whole experience. Here’s why.

The first reason is that El Palmar is not a great place to learn how to surf in the summer. I’ve never seen a beach so full of surf schools. In the water, you not only have to learn how to surf but also dodge other learner surfers, kids and rocks underfoot. The waves were almost non-existent throughout the week.

I can’t blame Take Hostel for the above, but what I was disappointed with is the ‘surf camp’ package. I think it’s far too expensive and I didn’t think the package was worth it. I have attached a picture showing what we were told to expect.

The hostel is new and the rooms are clean. However, they are really expensive at €40/night in the 4 bed dorm and situated in a basement with frosted windows and so little natural light. It can also get really noisy as there is a bar/pub right opposite.

The breakfast was such a let down. The picture on the website (attached) and the reality: cold meat, stale bread, machine coffee and some old fruit. On the theme of unclear advertising, the picture on their website (also shown here) is a decal and not the beach. This makes no sense to me as it massively reduces natural light into the main living area. The hostel interior is also a lot smaller than the pictures make out.

On to the surfing. Even with bad waves it’s possible to have a decent lesson. Despite the advertised 7 lessons, we only had 5. Those who booked the lessons alone as a pack got refunded for the lessons that didn’t take place. I did not. The beach shuttle isn’t that frequent and means you can be stuck in El Palmar for hours and hours before getting a return trip. There was also poor communication regarding start times for lessons – things would change without any information being passed to me. All instruction was in Spanish. The surf poncho and shuttle was also available to those who just took individual lessons. You do not get to keep a poncho after the surf camp. I got a handful of photos and no videos. Videos might have been useful to see what I was doing wrong and I know other surf schools use this to help students.

In short, I would avoid coming to El Palmar to learn to surf in the summer. If you do, I wouldn’t recommend the surf camp package, perhaps individual surf lessons.

I do have to say thanks to Alberto, who showed great hospitality throughout!